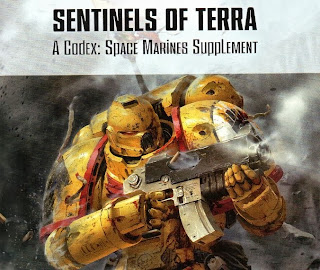 So here we are again. We’ve talked about what went wrong and of the rules themselves, so let’s talk about how they could have been done instead.

Now, what I am about to outline is nothing final. It's nothing perfect and consist more of basic concepts than solid suggestions. They are intended to serve more as an example of what the book could have featured had it opted to embrace the doctrines and ideas behind the Imperial Fists.

Before we begin though, there’s a point which needs to be addressed. One anonymous comment left the point that some of the rules were well written and cited areas in which they had succeeded in presenting the siege aspect of the Imperial Fists. A major part of this was the Cities of Death section, and to be honest they were right to an extent. The Cities of Death part was indeed adequately written, while it didn’t excel to any great degree it did try to embrace the siegemaster aspect of the sons of Dorn and give them an edge when it came to urban fighting. Unlike Planetstrike, which seemed to be veering more towards the Black Templars approach again, it was trying to embrace their core aspect with additional rules for that game.

Here’s my problem with it though: It should have been a bonus to the actual rules for the book, yet it was pushed as one of the main aspects of its rules. Many of the stratagems are purchases to be tacked onto an army, not something built into its very core. They’re points which can be used by the army, but not a single part of the army. It’s the difference between an army being able to fully integrate something into itself rather than as a bonus. 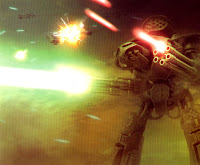 Take the Raven Guard in the fifth edition for example, without chapter traits they had lost the infiltration rule which could be used to move units in ahead of their deployment zone. Instead their primary method of having infiltration capabilities came from adding Shrike to the army and using his special rule. One was built into the army itself from the start and could be used in any situation with any vanilla rules; the other had to be purchased and could only be used in certain circumstances rather than as a major strategic element. The same goes here, at least for me personally, as it feels as if there should have been so much more for their basic rules beyond what we got. It also felt, like so many parts of these supplement codicies, as if Games Workshop were trying to push players into buying more of their stuff. The writers openly had a single game type take up a major part of the codex and have a far more prominent role than the basic rules. It was saying “You want to do all this cool stuff? Buy more of our books first!” when it really shouldn’t have had to do that.

These books are a chance to press forwards with bigger ideas and more colourful parts of smaller less recognised armies and for people to have fun with them. Instead it seems that Games Workshop is playing it safe and using them primarily as an opportunity to add few rules and encourage players to buy more of their stuff. They didn’t need to have people buying power, but they did so little it seems that this was just a waste of time overall because they did so little with the concept behind the army. Again, the problem with Sentinels of Terra, at least from a rules standpoint, comes largely from the fact that this was an edition where this specific army should have thrived.

Let’s say for argument’s sake that the book couldn’t free up more space for vanilla rules or basic stuff which the army could use in any game. Let’s say that they could only do extremely basic things rather than go in depth, with only three pages to cover everything basic. Fair enough then, so let’s consider what could go on those pages. Starting with the one thing the authors of this book completely and utterly ignored when they were writing the book.

With the dawn of the 6th edition came the ability to openly purchase buildings for armies. To help combat the inclusion of fliers, and likely to make a wad of cash as well, they started selling off plenty of kits for fortifications. Some were big, others were defensive lines, yet more were entire bastions which could be brought on depending upon the army size. Their implementation had problems, as outlined quite well by here, but here was a huge amount which could have been done with them for the Imperial Fists. Let’s say for example rather than spending a paragraph on Sergeant Garadon’s stats it stated fortifications could be taken as dedicated transports to certain units. Perhaps at a higher price understandably, even I’ll admit they were overly cheap, but it would allow the Imperial Fists a massive degree of access to fortified defences and emplacements. Perhaps some could even be purchased with bonuses, like improved BS of automated weapons or different variations on weapons than those there. Simple things to give them an edge and even re-introduce a bit of real customisation to armies, with players being able to scratch build minor alterations to models which were featured in rules.

You can argue that this would also be an effort to push purchases of other items, but at least here there would be a variety. Not a single brand new unit and, unlike Centurions, an option which would be much more plausible to build as much as purchase.

Next, let’s say that they had specific abilities which could be built upon this inclusion. Perhaps a version of strategic redeployment which could extend to the buildings themselves, having them shifted about along with the squad inside. This is something which could either put down to reconnaissance disruption or an act by the Fists to fool the enemy. Perhaps also the ability to lay down minefields within close proximity on a short notice, giving them additional bonuses atop of the bolter drill on overwatch and an edge in close combat. Perhaps even the range of Lysander’s bolter drill itself could be extended or given some kind of bonus when the squad was inside cover. All are points which wouldn’t be completely limited to using fortifications, but could be easily integrated into using them, allowing for a degree of flexibility.

Next, consider what could have been done in place of the Centurion Warsuits special rule. Now, i’ll be the first to say that this made a degree of sense as they are well suited to siege tactics like those the Imperial Fists used. The problem was they were quite clearly shilling them as hard as they could, to the point of giving them half of the overall slots in the entire army. What could have been done to maintain an emphasis upon heavy weapons troops would be to keep this, but to extend it to a number of Heavy Support and Elites choices. It would allow players to not be so heavily reliant upon Centurions alone to make up the bulk of their heavy weapons choices and for a good deal more variety be available to the army. While some would obviously need to be restricted, options such as Sternguard Veterans and Devistator squads seem to be a logical option to allow for this.

Let’s talk about the squads themselves as well. Up to now these books have had minor alterations in how each one was utilised and present within the army, usually by saying “Unit X now counts as a troops choice”. While obviously heavy modifications would be out of the question, what about slightly editing the wargear available to certain units to make them more suitable to the doctrines of the force the supplement covered. Flamers are a perfect weapon for enclosed environments, so how about bringing back the chapter trait of taking an additional one per squad over a heavy weapon. Better yet, perhaps give them access to some weapons they usually would not be able to take which would be suited to such close ranged environments. Storm bolters perhaps, but for an increased price of course.

The roles of certain special units could also be extended depending upon how they suited the army. Take Techmarines for example, for an army such as the Imperial Fists they could easily play a vital role with fortifications and planning. As with HQ choices, perhaps certain roles of importance should be shifted to units such as them such as certain traits from the Warlord table becoming upgrades for them or other individual figures. Something more reliable and less random than what the table usually offers. Perhaps they could even serve to offer buffs of a sort to nearby forces while alive.

These are just a few brief examples of what could have been done. Nothing extensive and still basic enough to be covered in the short space allowed by the codex, but permitting far more character than anything permitted by the rules present. These are rough ideas, ones which certainly have flaws and shortcomings but would permit the army to have much more character than “You can take nine squads of Centurions.” There is a vast amount which could have easily been done with the book had the writers simply been competent and engaged enough to push forwards with the ideas behind the army.

Still, feel free to criticise these ideas or suggest your own alternatives. There are certainly people who could come up with better alternatives than I can. 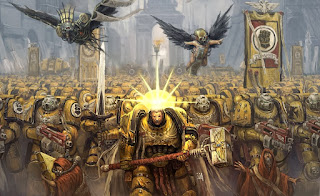